Dynamic Integrative Health Contents About the Practice Meet us 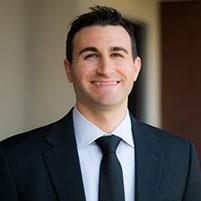 Dr. Long’s biggest passions are his Christian faith and his family: his wife Stephanie, daughter Hayden, son Brady. He loves hunting, fishing, traveling, watching Giants baseball and most of all spending time with family and friends.

Dr. Long practices the traditional philosophy of Chiropractic, which is subluxation and structural correction of the spine. Simply put, a subluxation is a misaligned vertebrae which interferes with nerve impulses. Nerve impulse is the electrical charge from the brain that regulates all function of the body and keeps us alive.

Although the traditional Chiropractor wants his patients to “feel better”, his primary focus is removing nerve interference and restructuring the spine to its most stable biomechanical position. This is done through a rehabilitation program of adjustments and spinal exercises. 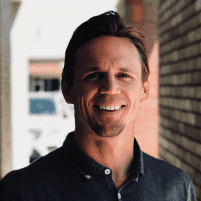 Dr. Shane Seibert was born and raised in the Central Valley and graduated from the University of Oklahoma with presidential honors in 2007. Dr. Shane then went on to receive his Doctorate at Palmer College of Chiropractic’s West Campus in San Jose, where he served on their Sports Council for three years. Dr. Seibert spends his time outside of the office with his two very special boys Brixton and Nico, he enjoys wakeboarding, hunting, hiking, farming, and flying helicopters. Dr. Shane was a former Madera High School wrestler finishing sixth and second in the California State Championships. He went on to wrestle for three years with the Fresno State Bulldogs while majoring in Health Science. Dr. Seibert was a 2X NCAA National qualifier and a Western Regional Champion in 2004. He went on to compete for the University of Oklahoma Sooners after the announcement that the Bulldogs’ program was being terminated in 2006.

Dynamic Integrative Health is a leading physical medicine and rehabilitation clinic offering state-of-the-art holistic care for patients of all ages throughout the Fresno, California, region. Dedicated to providing whole-health, patient-centered care, the team at Dynamic Integrative Health offers medical and chiropractic approaches to ensure every plan of care is based on each patient’s individual needs for optimal long-term outcomes. As a top-ranked provider of care in and around Fresno, Dynamic Integrative Health offers a broad array of care options, including treatment for headaches, knee pain, sciatica, trigger points and sports injuries, providing comprehensive chiropractic care, as well as medical weight loss, sports medicine, and rehabilitation programs.

The practice is equipped with the most advanced equipment and technology for both diagnosis and management of acute and chronic injuries and illnesses, helping patients from throughout the Central Valley experience better health and function by promoting natural healing responses, avoiding long-term use of pain medications and more invasive treatment options, including surgery. In addition to chiropractic adjustments and medical approaches to care, Dynamic Integrative Health also offers massage, therapeutic exercise and rehabilitation, and important personalized medical guidance aimed at helping each patient optimize their health for long-term benefits at any age.

Dynamic Integrative Health is committed to providing the most advanced care options to treat pain and other symptoms at their root causes instead of masking symptoms or subverting the natural healing process with medications. The unique collaborative approach of the medical and chiropractic teams ensures every patient receives individualized care that’s custom-tailored for their health needs and their lifestyle, beginning with a thorough personal medical assessment and review of current and past symptoms. Throughout treatment, patients are encouraged to ask questions and voice any concerns so they can feel confident about the care they receive every step of the way.

At Dynamic Integrative Health, we accept most major insurance plans. Here is a short-list of just some of the most popular plans we accept. Please contact our office if you do not see your insurance provider listed.

We are here to help

Words from our patients